Mr. O’Hara has spent 20 seasons coaching swimming and is in his 11th as head coach of the Royals boys’ team. Mr. O’Hara has coached club teams at the Healthplex Sports Club and at Suburban Seahawks Club. From 2005-2016, he coached at Swarthmore Swim Club during the summer months, where his athletes have won numerous Age Group Titles and set several SSL league records. A graduate of UDHS in 2001, Mr. O’Hara swam competitively for the Royals, and is one of the few Royals Alumni to earn 4 Varsity letters (Soccer, Football, Swimming, Lacrosse) during their Senior campaign. He currently teaches Physics at the high school.

Mr. Riley begins his 3rd season with the Royals with 15 years combined experience as both a competitor and coach. Previously a Dive and Swim coach with the Haverford Area YMCA, Roxborough YMCA, Swarthmore Swim Club and Clifton Heights Swim Club. As an alumnus, of the UDHS class of 2009, he was a member of both the Swim and Dive teams, representing the Royals in the Central League and District 1 championships. 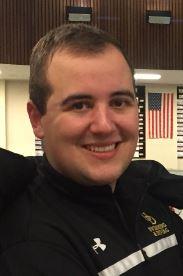 Mr. Vizzarri begins his 1st season with the UD Swimming & Dive team. A 2017 graduate from UDHS, Joe represented the Royals in the Central League Championships as a 4x qualifier in both the Backstroke & Butterfly events and 3x at District 1 championships as a member of the UD Relay teams. For 3 summers, he has helped coach at Llanarch Country Club. Outside of his time at the pool, he has been a volunteer firefighter with the UDFD for the last 6 years & is one of the few individuals certified for Water Rescue.