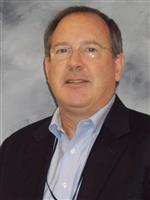 Neil Desnoyers was elected as a School Board Director for the Upper Darby School District in 2017.  Neil has lived in the Highland Park section of Upper Darby since 1995.  He is a product of public schools and believes strongly in the central role that public education serves in a thriving democracy.

Neil’s involvement with the Upper Darby School District began during the 2015-2016 academic year when he served on the District’s Comprehensive Plan Committee.

Neil earned an MS and MBA from Drexel University after earning an undergraduate degree in Architecture.  He currently teaches part-time as an Adjunct Professor at Saint Joseph’s University.  His involvement with SJU includes working with students on research projects and serving as an advisor to several SJU startups.  Neil is also active in several professional societies.