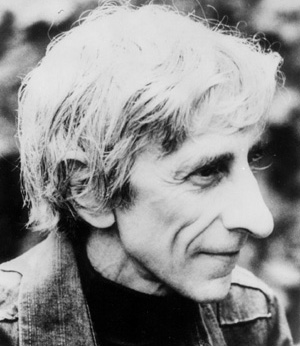 Lloyd Alexander was a widely influential American author of more than forty books, mostly fantasy novels for children and adolescents, but several adult books, as well. His most famous contribution to the field of children's literature is the fantasy series The Chronicles of Prydain. He was also one of the creators of the children's literary magazine Cricket.

His books have been translated into many languages and have received awards and honors such as the Newbery Medal, The National Jewish Book Award, The American Book Award, Sweden’s Golden Cat Award, The Regina Medal, and The Booklist Parents’ Choice. Many young Upper Darby elementary and secondary students have visited with this warmly accessible author, his wife, and his cats.

Alexander served during World War II in the US Army, where he rose to be a staff sergeant in intelligence and counterintelligence after he trained in Wales, which became the setting for many of his books. Alexander then attended the University of Paris.