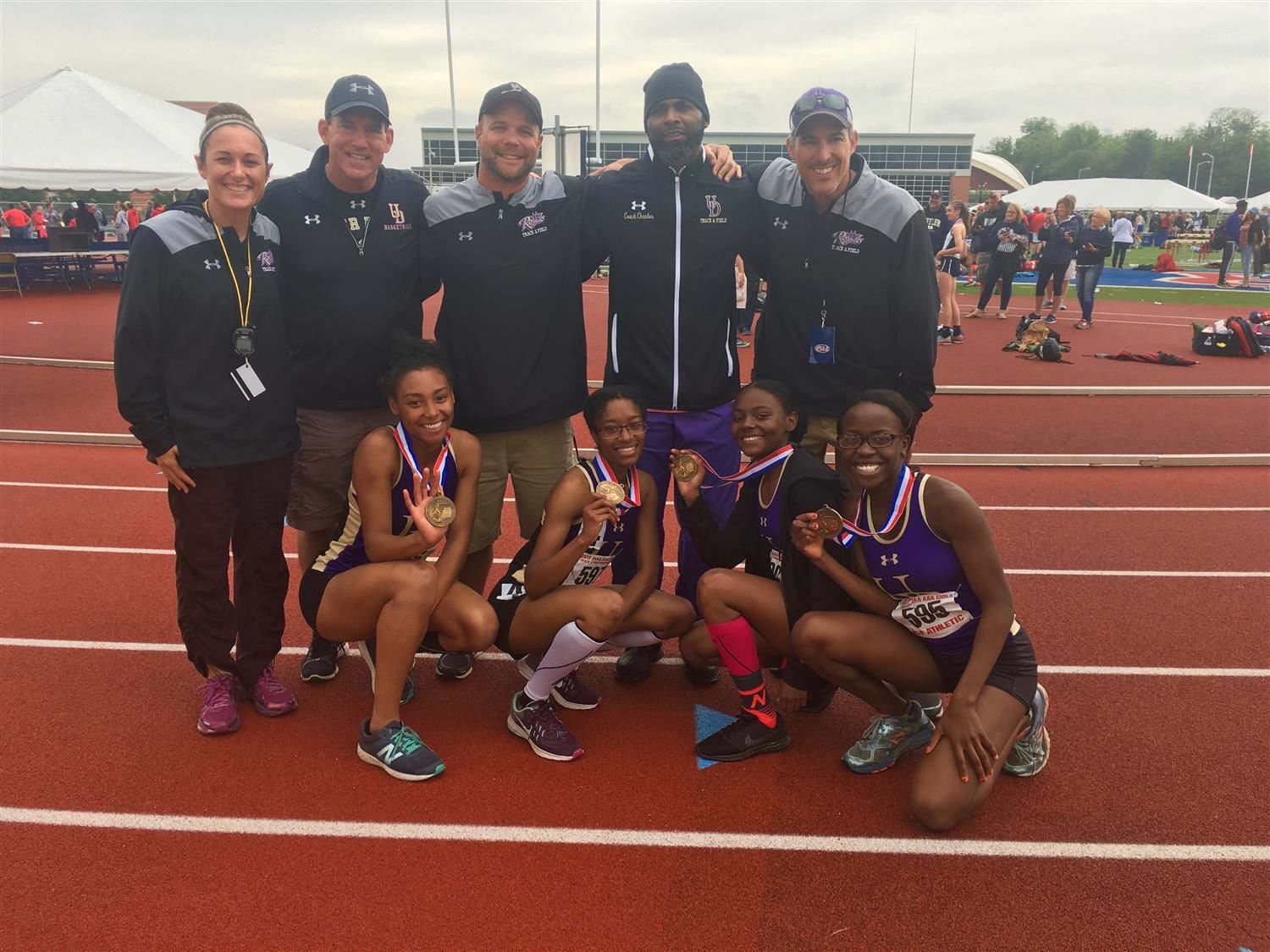 Coach Brad Gilbert is in his 9th year as the Head Coach and 19th year coaching track at Upper Darby High School.    Coach Gilbert helped coach two Central League Championships in 2002 and 2003.  Also throughout his 19 years Upper Darby has seen 83 District 1 place winners and 39 state medal winners.  Among those state medalists were 5 state champions.  The girls track team is built on hard work and ladies with great character.

Coach Michelle Ezzie is heading into her 10th season as the assistant coach of outdoor track. She also coaches cross country and indoor track. In the past, she was an assistant coach at Haverford College under the lead of Coach Rizzo for two seasons. She was also the head coach for Marple Newtown Track and Field for 4 seasons.  Ezzie was a part of the Upper Darby track & field program and a scholarship track & field athlete at Villanova. She is the current school and county record holder in the pole vault (3rd at 2001 PIAA States).  She shares enthusiasm and a love for the sport with her team.

Coach Steve Gilbert is in his 26th year coaching track at Upper Darby High School.  Coach Steve Gilbert was the head coach of the track team for 13 years.  He was the head coach during the 2002 and 2003 championship seasons.  Steve brings a vast knowledge in hurdles, high jump and javelin.  During his time at Upper Darby the track team has seen a lot of success both at the district and state level.

UD TRACK PHILOSOPHY
The UDHS Girls' Track team is dedicated to hard work, good sportsmanship, teamwork, strong academics, and the dedication to achieve success. Track is a great, life-long sport, that will teach you many lessons such as responsibility, character, respect, confidence, leadership, and discipline.

PRACTICES
*First practice is Monday 3/7 after school
*M,T,W,Th,F after school from 3-5:30pm
*Be prepared for outdoor and indoor workouts each day. We recommend packing many different layers and gloves everyday.                                   There are Central League meets during the week (1 per week) and Invitationals on Fridays or Saturdays.  Your effort during pracitce determines if and when you run.