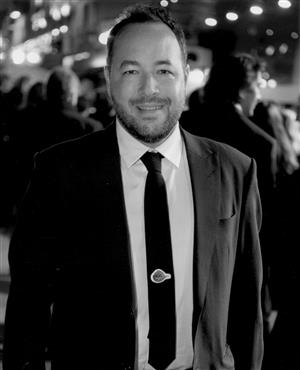 At Upper Darby High School, Derek played alto saxophone in Marching Band, Concert Band, and Jazz Band, was a member of the National Honor Society, and played soccer and lacrosse. Derek had a passion for movies while in high school.  Derek regularly re-enacted cinematic moments in the halls and stairwells behind the Performing Arts Center, inciting friends and bandmates to join in.  It was here that Derek first picked up a video camera, beginning a life-long passion that would become his career. Derek attended West Chester University where he majored in Communication Studies, receiving a BA with honors in 1995.  At WCU, Derek served as co-editor for The Quad newspaper, anchor of the campus television news, and jazz programming director at the university radio station.  It was in the dorms of WCU that Derek accelerated his experimentation with filmmaking.  Though still just a hobby, Derek spent countless hours creating films with his friends and developing his skills.  Derek’s professional life has been robust and varied, working on an array of films, television, music videos, art exhibits, and more.  He began his professional career on the ABC sitcom The Faculty before assisting director Tim Burton on Mars Attacks!, Sleepy Hollow, Planet of the Apes, and Big Fish.  Derek was associate producer of Charlie and the Chocolate Factory, Corpse Bride, Sweeney Todd, Alice in Wonderland, Dark Shadows, and Frankenweenie.  Recently, he was executive producer of Big Eyes and Miss Peregrine’s Home for Peculiar Children and is currently producing a live-action reimagining of Dumbo for Disney. He also directs independent films and music videos under the banner Lazer Film Productions. He maintains close ties with Delco, collaborating on film projects with fellow UD grads. Derek is married and has two sons.