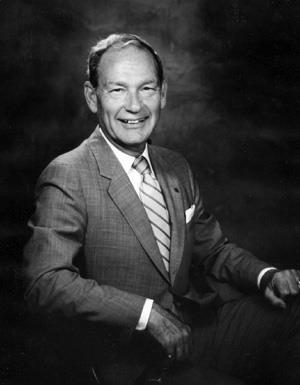 Frank Videon was a principal in his family's Delaware County funeral home and car dealerships. After graduating form Upper Darby High School, he served as a Navy pharmacist's mate, mostly in Washington. A 1947 graduate of Eckels College of Mortuary Science, he was licensed as an undertaker in 1949 and began his career working in the Drexel Hill funeral parlor opened by his father in the 1940s. Simultaneously a part-time salesman for a Clifton Heights car dealership, in 1953 he became its full-time sales manager and left his funeral-home job.

He was a chairman of Haverford Community Hospital and of the Garrett-Williamson Foundation in Newtown Square, which operates a child-care and learning center. In the 1970s, he helped establish, and was a president of, the White Horse Village retirement community in Newtown Square.

A president and board chairman of the Pennsylvania Automotive Association, he was a president of the Delaware County Dealers Association and a director of Commerce Bank.

He was also a Mason and an honorary life member of the Marine Corps League and the Broomall Fire Company.

Frank Videon passed away in January of 2011.