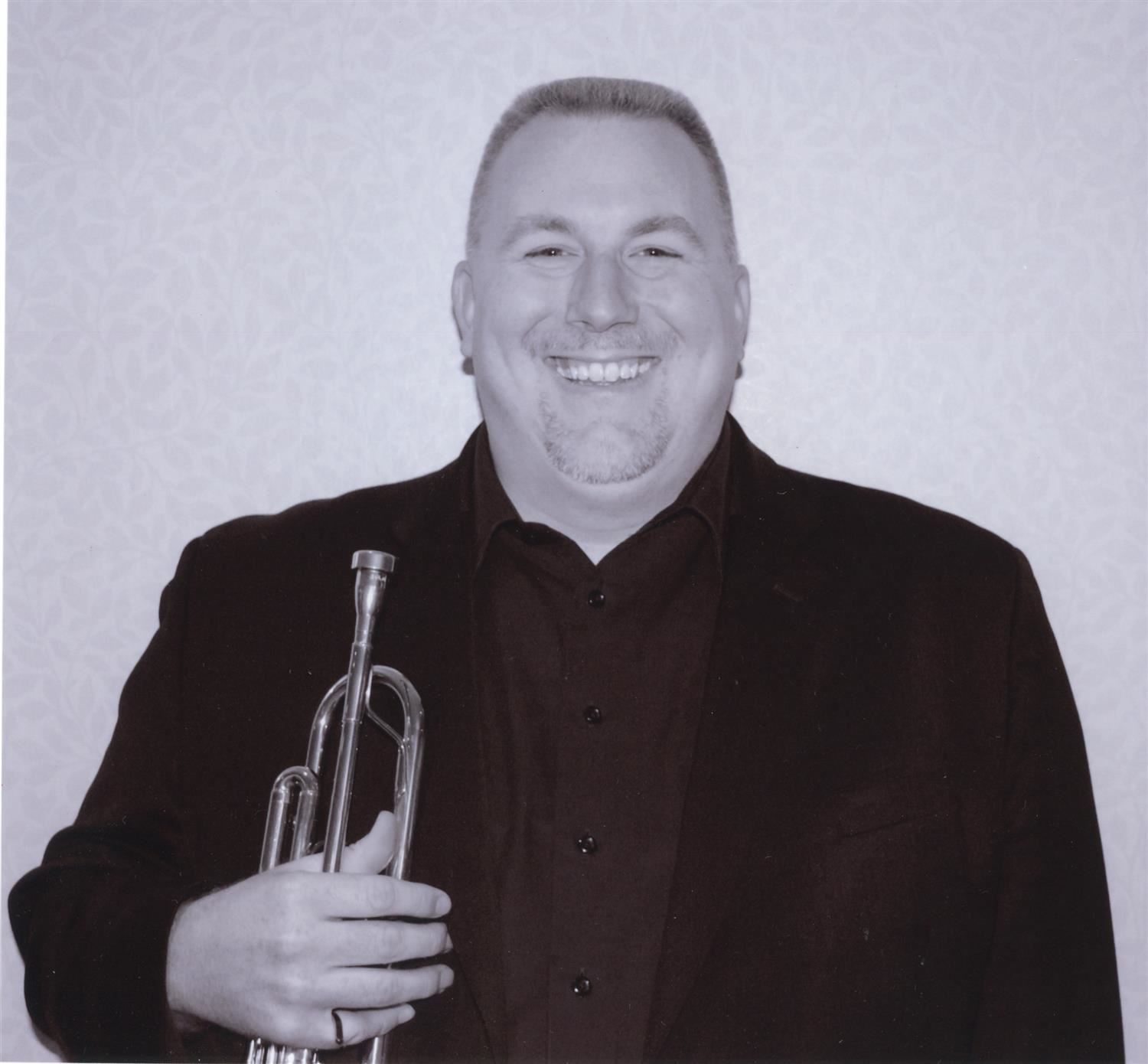 Matthew Gallagher attended Garrettford Elementary and Drexel Hill Middle School. At UDHS he was all music: Marching and, Jazz Ensemble, Concert Band,Wind Ensemble, Orchestra and Pit Orchestra. His junior and senior year Matt was accepted to PMEA District and Region 6 Bands as well as the All State Jazz Band as the lead trumpeter. He said then:”My dream is to someday be the motivator of other young musicians.” Matt earned his undergraduate degree in Music Education at West Chester University in 1997 and his Master of Music degree in Jazz Studies from the University of the Arts in 2001. Committed to both teaching and performing Matt is currently Assistant Professor of Music and the undergraduate coordinator of music education, chair of instrumental studies and trumpet department, and big band director at the UA. Professionally, Matt is a prototypical lead trumpet player with extensive credits with professional bands and orchestras across the East coast. He has performed with several Broadway shows and artists including The Philadelphia Orchestra, Boston Symphony, Lou Rawls, Michael Buble, Aretha Franklin, The Temptations, The Four Tops, The O’Jays, Stylistics, Teddy Pendergrass, Barry Manilow, Bernadette Peters and many others. Since 2011 he has been the Principal Trumpet in the Philly Pops and the lead trumpet sub for the Philadelphia Orchestra. He has recorded for NFL Films and recently recorded for Celine Dion, R. Kelly, and LL. Cool J., Jennifer Hudson and Jennifer Lopez. His professional theatre credits include shows such as Hair, Dreamgirls, Wicked and Chicago at the Academy of Music, the Mann, the Merriam and Prince Theatres .Matt is also currently the assistant Marching Band Director at Coatesville High School and has done this at many local  schools such as West Chester, Millersville, and his alma mater.